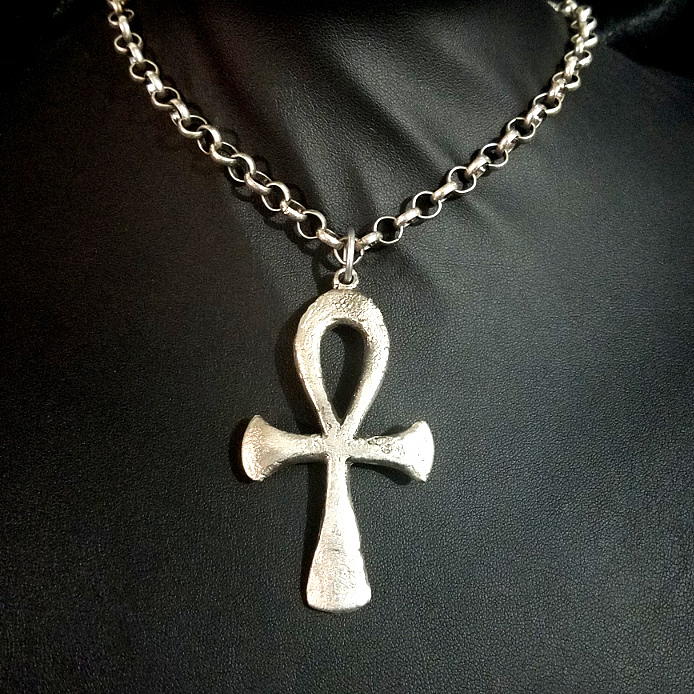 The most popular and enigmatic of Egyptian symbols, it holds a sacred place among Coptic Christians as a symbol of the eternal life to be found in Jesus Christ. Its earliest use is found among the Pyramid texts dating back to 2400bce. Since that time it was found in the hands or proximity of every depiction of every major Egyptian deity and pharaoh. Many theories have been postulated as to it’s meaning but the most plausible is given by Egyptologist Alan Gardiner who interpreted it as a phonetic symbol for the Egyptian word ?n? “live”, a triliteral root probably pronounced /?ánax/ in Old and Middle Egyptian. It is therefore a symbol which represents the breath of life, creation, resurrection, and eternity.