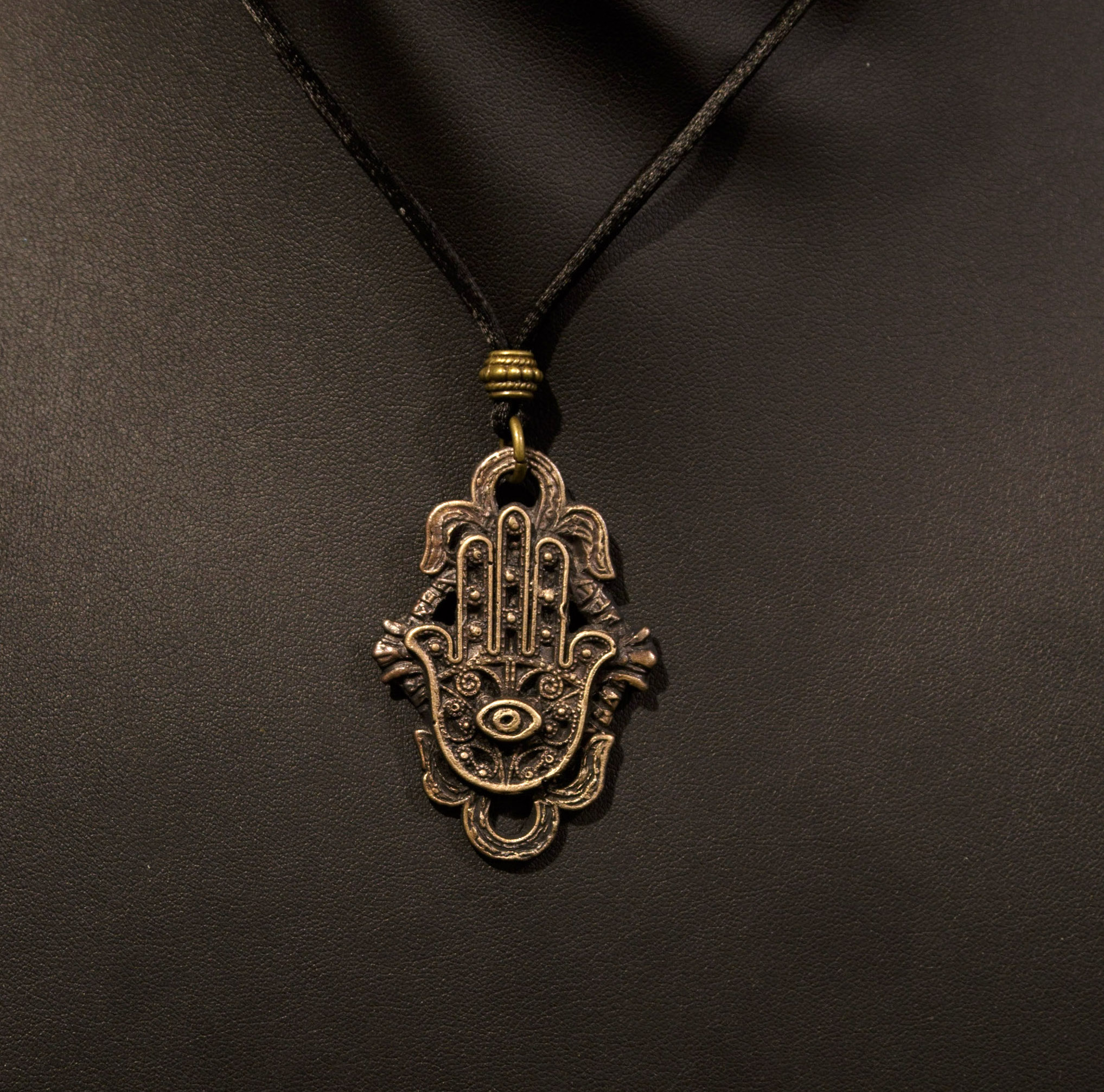 The Hamsa hand is one of the most widely used protective symbols. The name Hamsa is from the Arabic word for five relating to the five fingers. It is a common symbol among both Jews and Christians as the five fingered hand of God, or alternately as the hand of; the Virgin. Both Jews and Christians adopted it from the Arab speaking Muslims of North Africa who in turn adopted it from the Berbers. The Phoenicians used the symbol in association with their moon Goddess Tanit. But the earliest versions are Babylonian; as a universal sign of protection. The image of the open right hand is seen in Mesopotamian artifacts in the amulets of the goddess Ishtar.