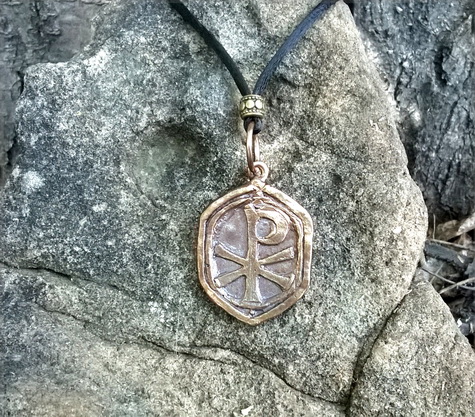 The Chi Rho was one of the earliest Christian symbols of Christ. It was used for decades in the early church before the cross became the official symbol of the faith. It was used by Constantine in the 4th century as his personal standard. It is however a rather controversial symbol as it is in fact a pre-Christian symbol and was used by Greek and Roman mystery schools in association with other Pagan Christ’s such as Dionysus/Orpheus, Sabazios Adonis and Pan.