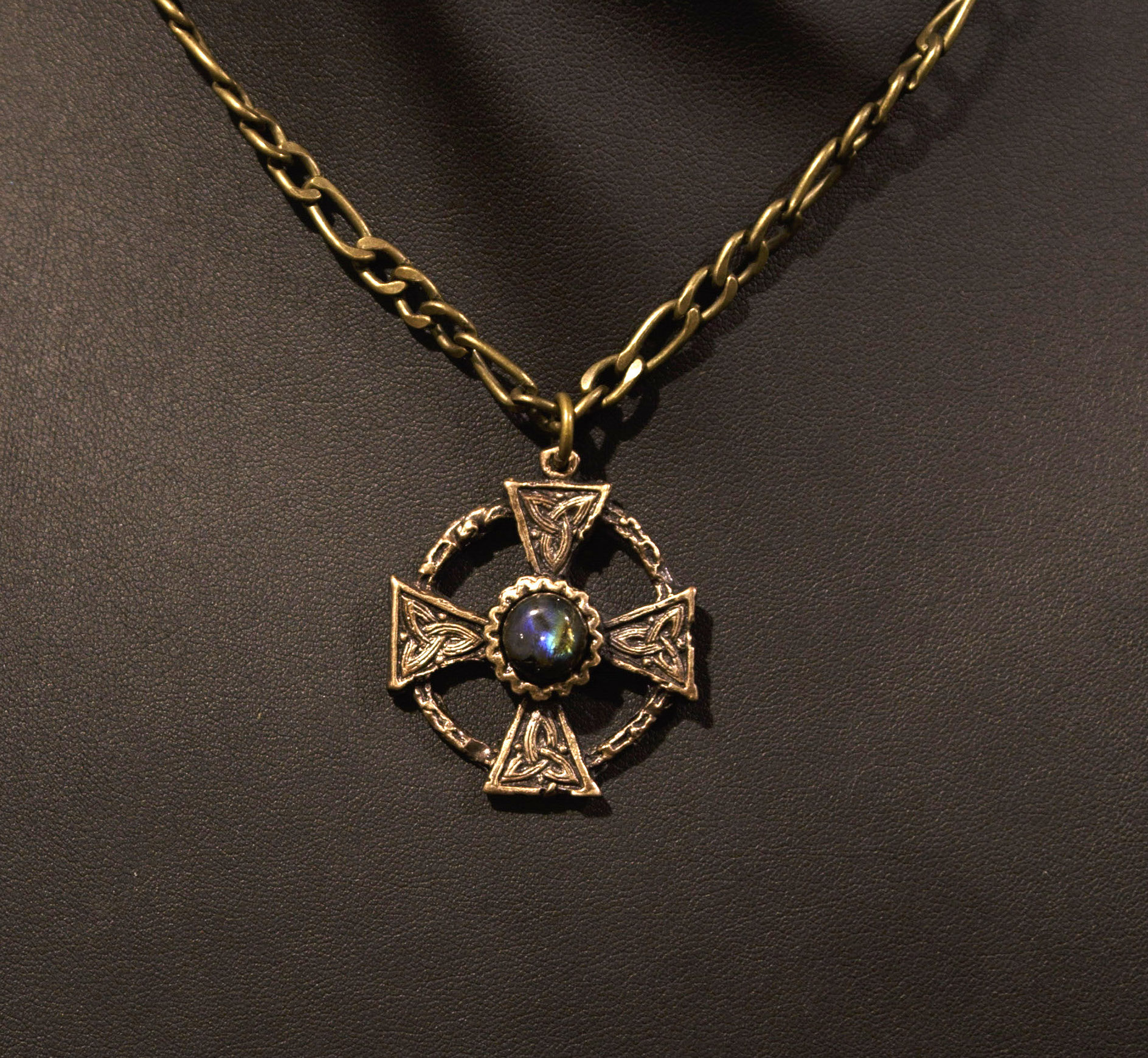 Widely used as a symbol of the Irish Catholic faith, the Celtic cross with its characteristic 4 point symmetry closed within a circle or extending just beyond the circle is actually of far older origins The writings of St. Declan who first visited Ireland on his missionary journeys in the 5th century, relate his consternation that the cross was already in such widespread use among the indigenous pagan people. In fact the symbol now known as the Celtic cross has been found on stone petroglyphs and in bronze artifacts throughout Scandinavia, Estonia and Germany dating back to 1200 bce. The symbol was widely used symbol among sun worshiping Nordic and Celtic people, it symbolized the warmth and radiance of the sun with all it’s life giving properties.