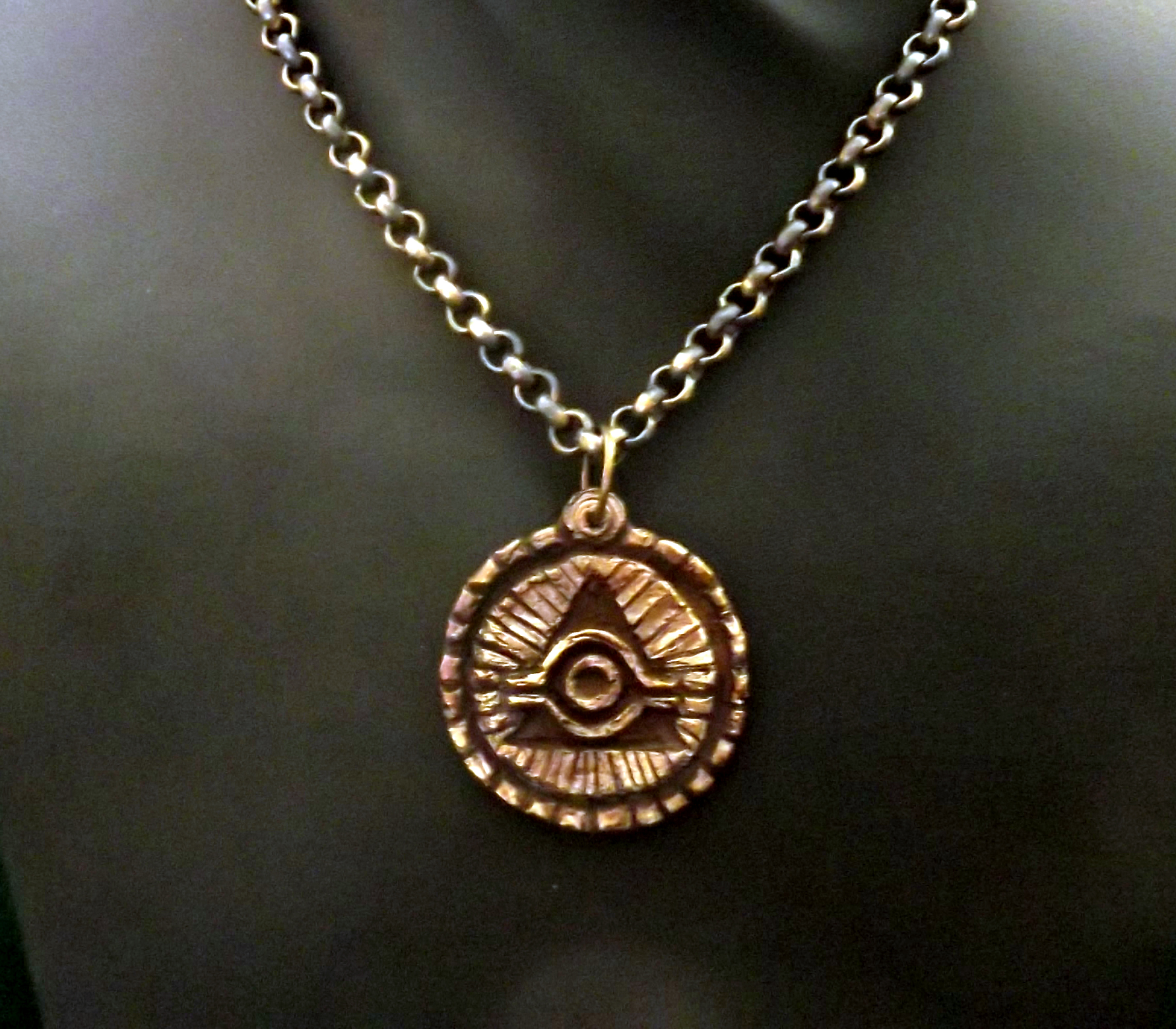 Also called the eye of providence, it is mainly known today as a Masonic symbol of the ever present watchful eye of the Grand Architect, or creator of the universe. It can be fond on the Great Seal of the United States which was designed in 1782 (one of the designers of the seal was Benjamin Franklin – himself a freemason). Prior to this there are depictions of the symbol dating from the 3rd century in Christian archaeological sites throughout the middle east. Early Christians used the symbol as a symbol of the Trinity. The earliest versions have been found in Egyptian and Mesopotamian sites where they were associated with various deities such as Amon Ra (Egyptian) and Anshar (Babylonian).